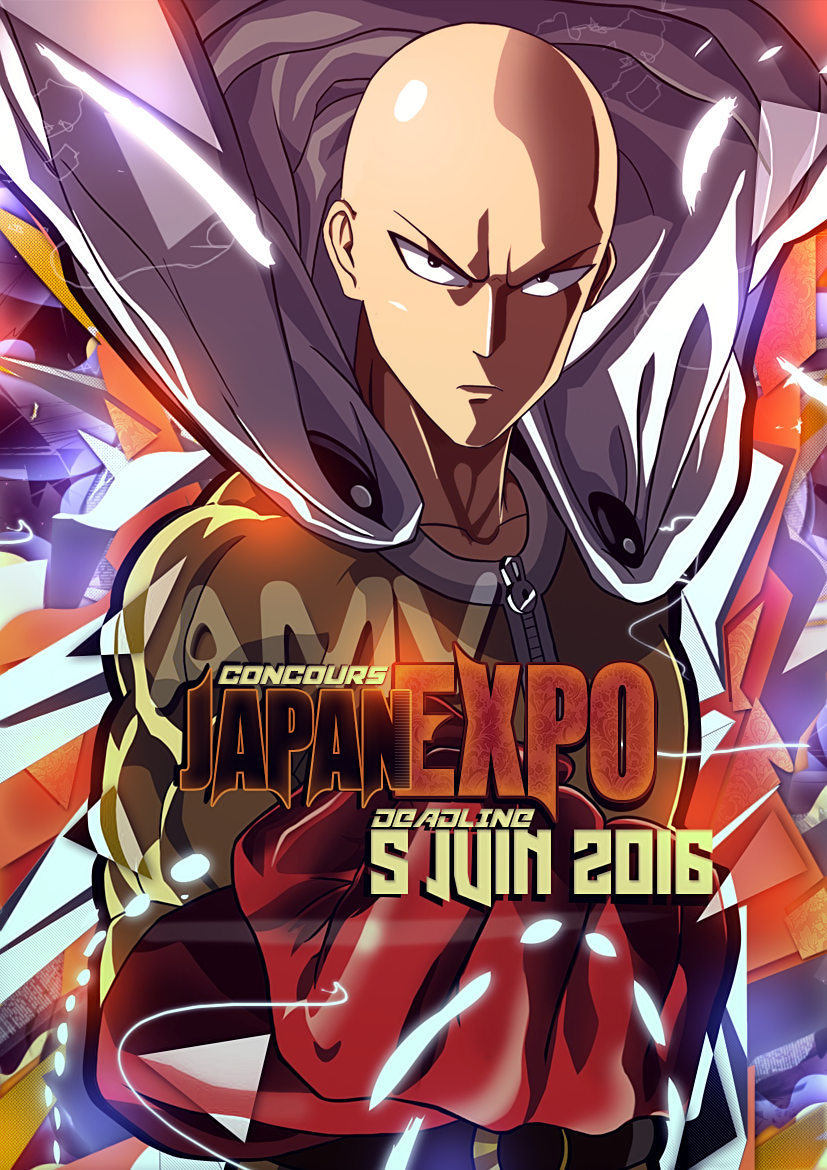 A new year, new contests and the oldest of ours is coming back again : Japan Expo. We are still expecting even more entries, more contestants and more great videos to make it shine even brighter. In 2016, AMV France goes all out to introduce the contest to you. Here we go!

◄ Regulation in brief :
- Your AMV must be sent before June 5th, 2016, 11.59pm (GMT +2 Paris).
- The contest is based on exclusivity: your AMV shouldn’t be found online before the convention screening (on July 5th, 2016). Be it through streaming or download.
- Top 3 and Viewers’ Choice will each get figures as a prize. (Prizes can be cumulative).
- Considering the broadcasting takes place in convention, the use of pornographic or extreme violence clips can lead to an immediate disqualification of the AMV, the decision will be left to the jury's appreciation. Plagiarism of other AMVs is also a motive for disqualification.
- Video sources must be extracted from Japanese animation or at least be related to Japan. Video sources from video games and MADs will equally be accepted.

◄ Registration :
Registrations can only be made through this formular, until June 5th, 2016.

◄ Technical requirements :
- This year, you must show clearly the title of the contest: Japan Expo 2016. For this purpose, we provide a logo, and it is MANDATORY to use it.
Logo black background
Logo white background

You have the right to modify it the way you want (colors, 3D effect, pattern overlay...) in order to implement it to your AMV. However, it must remain legible during 3s.

◄ How to send your AMV :
The upload of AMVs will be carried through FTP. The host, ID and password will be sent by mail to the address given for the registration.
If you encounter any problem during the upload of your AMV, contact Kaohmin with this address: kaohmin@amv-france.com

◄ Organization of the contest :
- The contest is hosted by the association AMV France.
- The judgment of AMVs is carried out in two phases:
1) The preselections, which determine three categories: not-retained, “coups de cœur” (= favorites) and finalists.
2) The ranking of finalists by a jury composed of three renowned editors, among whom two French speakers and one non French-speaking.
- Both finalists and “coups de cœur” will be revealed by pack, without distinction, a dozen of days before the start of the convention (7th July 2016).
- Not retained AMVs will neither be ranked, nor screened during the convention. The “coups de cœurs” will take part in a live tournament at the booth in convention. Spectators will vote with their voice and applauds and will thus make their favourite “coup de cœur” progress towards victory.
- Finalists will be screened on giant screen on Saturday 9th (not ranked) and on Sunday 10th July 2015 (ranked).
- A Viewers’ Choice will also be selected among the finalists. Votes will be collected on Saturday.
- Complete results will be available on the AMV France website, soon after the convention (9th July 2015).